M. R. James was born in Goodnestone, Kent, England on August 1, 1862. He was an English mediaeval scholar and provost of King's College, Cambridge (1905-1918) and of Eton College (1918-1936). He is best remembered for his ghost stories which are widely regarded as among the finest in English literature. He began writing his ghost stories as an entertainment for his friends; he would read these stories each year at Christmas to his colleagues at King's College. The earliest of these tales include Canon Alberic's Scrap-book and Lost Hearts, both of which were later collected in his first anthology of supernatural fiction, Ghost Stories of an Antiquary (1904). Perhaps his single greatest story is the profoundly disturbing Oh, Whistle, and I'll Come to You, My Lad (1904). He died on June 12, 1936. 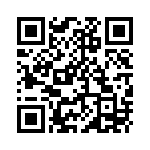