Gina M. Masullo, PhD, is associate director of the Center for Media Engagement and an associate professor in the School of Journalism, both at The University of Texas at Austin. 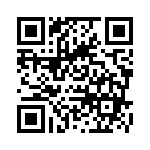