Ronald H. Bayor is professor of history at the Georgia Institute of Technology. Timothy J. Meagher is archivist and museum director at the Catholic University of America. 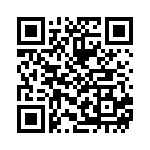