Professor Ron Dart has taught in the Department of Political Science, Philosophy and Religious Studies at the University of the Fraser Valley, Abbotsford, British Columbia, since 1990. He was on staff with Amnesty International in the 1980s. He is the political science advisor to the Stephen Leacock Home and Museum, and serves on the boards of the Thomas Merton Society of Canada and the Society of Archbishop Secker. He has published more than thirty books, served as an editor for The Anglican Catholic, The Friend: The High Tory Review and Anglican Tradition journals and has contributed poems, articles and reviews to a wide range of publications in both North America and the United Kingdom. Ron Dart is a leading authority on the North American High-Red Tory religio-political tradition. 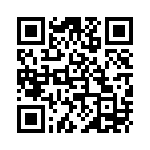