Robert Fagles, the winner of the PEN/Ralph Manheim Medal for Translation and an Academy Award in Literature from the American Academy of Arts and Letters, is Arthur W. Marks '19 Professor of Comparative Literature, Emeritus, at Princeton University and received an honorary Doctor of Letters degree from Yale University. 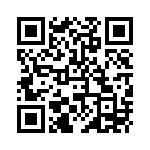