Disappointing. Was the first book a colorful tapestry with lots of things to discover, then I have to say that the second book is dull and predictable. Most of the characters are having hardly any ... Read full review

Priya and Malini are now rulers in their respective polities, except that they both face challenges getting people to acknowledge that and desperately miss each other. Priya’s small nation is a client ... Read full review

Tasha Suri was born in London to Punjabi parents. She studied English and creative writing at Warwick University and is now a cat-owning librarian in London. A love of period Bollywood films, history, and mythology led her to write South Asian-influenced fantasy. 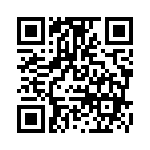