The other side of the alter: one man's life in the Catholic priesthood

This timely title combines autobiographical material about one man's experience inside the Catholic priesthood and a social commentary on the contemporary crisis within the faith today. Dinter, a ... Read full review

Paul E. Dinter, for many years the Catholic chaplain at Columbia University, now directs an outreach program for homeless people in Manhattan. He lives in Cortlandt Manor, New York. 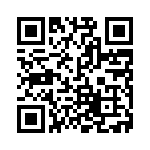