Albert Camus was born in Algeria in 1913. He studied philosophy in Algiers and then worked in Paris as a journalist. He was one of the intellectual leaders of the Resistance movement and, after the War, established his international reputation as a writer. His books include The Plague, The Just and The Fall, and he won the Nobel Prize for Literature in 1957. Camus was killed in a road accident in 1960. 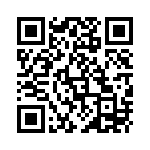