I am glad to have this book as part of my library. A very useful tool for writers of all ages and abilities. A perfect reference for learning about the genre's history, traditions and writers. 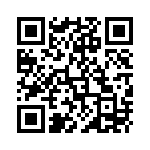