Gordon Campbell is Professor of Renaissance Literature at the University of Leicester. He was the founding editor of Renaissance Studies and is now the general editor of Review of English Studies. In addition to editing the publications detailed below, Gordon Campbell has also edited four plays by Ben Jonson and was co-editor and translator of Edward King, Milton's 'Lycidas'. He has served as chairman of the Society for Renaissance Studies and President of the English Association, of which he is a director. He has been awarded a D.Litt by the University of York and an honorary doctorate by the University of Bucharest; he is also a fellow of the Royal Historical Society, a corresponding fellow of South African Society for Medieval and Renaissance Studies, and a member of the advisory board of the Sociedad Espanola de Estudios Renacentistas Ingleses. 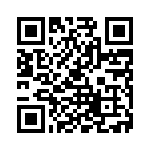