Nicole Rafter was Professor Emerita in the School of Criminology and Criminal Justice at Northeastern University, where she taught since 1977. She wrote five monographs: Partial Justice: Women, State Prisons, and Social Control; Creating Born Criminals; Shots in the Mirror: Crime Films and Society; The Criminal Brain; and (with M. Brown) Criminology Goes to the Movies. In addition, she published nine other books, including translations (with Mary Gibson) of the major criminological works of Cesare Lombroso, and published over fifty journal articles and chapters. In 2009 she received the American Society of Criminology's Sutherland Award; other honors include a Fulbright Fellowship and several fellowships to Oxford University.

Michelle Brown is associate professor of Sociology at the University of Tennessee. Her research explores carceral studies, visual criminology, and law and society. She is the author of The Culture of Punishment (NYUP, 2009), co-author of Criminology Goes to the Movies (with Nicole Rafter; NYUP, 2011), and co-editor of Media Representations of September 11 (Praeger, 2003). She is currently co-editing the Sage journal Crime Media Culture, The Routledge International Handbook of Visual Criminology (2017); and the Palgrave MacMillan Crime, Media and Culture Book Series. Her next book examines alternative forms of justice in response to the rise of the carceral state. 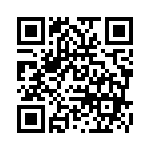