This book contains 42 essays, most of which relate in one way or another to political analysis. The table of contents should give you a clear idea of what's included. The weak part of this collection ... Llegeix la ressenya completa

Robert E. Goodin is at Professor of Philosophy and Social and Political Theory at the Australian National University. Charles Tilly is at Joseph L. Buttenwieser Professor of Social Science at Columbia University. 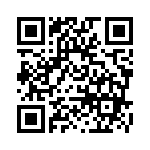