Kate Kenski is Associate Professor of Communication and Government & Public Policy at the University of Arizona. The book she co-authored with Bruce Hardy and Kathleen Hall Jamieson, The Obama Victory How Media, Money, and Message Shaped the 2008 Election, has won several awards, including the 2011 ICA Outstanding Book Award the 2012 NCA Diamond Anniversary Book Award, and the Association of American Publishers' PROSE Award in Government and Politics.

Kathleen Hall Jamieson is the Elizabeth Ware Packard Professor of Communication at the Annenberg School for Communication of the University of Pennsylvania and Director of its Annenberg Public Policy Center. Jamieson is the co-editor of the Oxford Handbook on the Science of Science Communication (with Dietram Scheufele and Dan Kahan 2017). Among her award winning Oxford University Press books are Packaging the Presidency, Eloquence in an Electronic Age, Spiral of Cynicism (with Joseph Cappella), and The Obama Victory (with Kenski and Hardy). 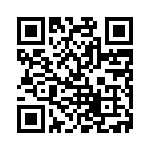