Carolina López-Ruiz is Professor at the University of Chicago Divinity School and Department of Classics. She is the author of Phoenicians and the Making of the Mediterranean, for which she received the support of the National Endowment of the Humanities. Her previous books include Tartessos and the Phoenicians in Iberia, When the Gods Were Born: Greek Cosmogonies and the Near East, and Colonial Encounters in Ancient Iberia: Phoenician, Greek, and Indigenous Relations (co-edited with M. Dietler). Some of her books have been translated into Turkish and Spanish. Brian R. Doak is Professor of Biblical Studies and Faculty Fellow in the William Penn Honors Program at George Fox University, just outside of Portland, Oregon. He is the recipient of the Aviram Prize for archaeological research as well as the George Fox University Undergraduate Researcher of the Year. He is the author of several books, including Phoenician Aniconism in its Mediterranean and Ancient Near Eastern Contexts, Ancient Israel's Neighbors, and Heroic Bodies in Ancient Israel. 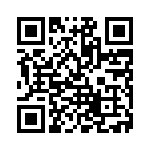