About the Editor:
T. C. W. Blanning is Professor of Modern European History at the University of Cambridge and the author of many books, including several definitive works on the French Revolution. 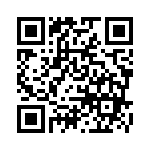