John Simpson is known to millions as the BBC Foreign Affairs Editor; he is also an associate editor of the Spectator and author of several books. He has travelled extensively in the course of his work, reporting from over 80 or more countries, including Afghanistan, Lebanon, Libya, Iran, South Africa and the USSR. His familiarity with many of the countries and contemporary exiles covered in the book give it a particular authority. 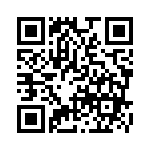