Robert Service was until his retirement professor of Russian History at Oxford University. He is a fellow of St Antony's College and an associate fellow of the Hoover Institution. His other books include biographies of Lenin, Stalin and Trotsky, a textbook on the Russian Revolution and Russia: Experiment with a People, from 1991 to the Present. He writes and broadcasts for the media and is a fellow of the British Academy.

His most recent book is Kremlin Winter: Russia and the Second Coming of Vladimir Putin. 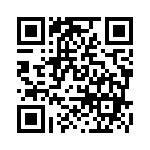