The peppers cookbook: 200 recipes from the pepper lady's kitchen

Author of several other highly regarded books on chili peppers, Andrews is a well-known authority on the topic. Her latest work, illustrated with her own line drawings, opens with a thoroughly ... Read full review

Jean Andrews is the author of The Pepper Trail: History and Recipes from Around the World, the winner of the 2001 Jane Grigson Award recognizing distinguished scholarship and presented by the International Association of Culinary Professionals. She is a distinguished alumna from the University of North Texas, where she received her Ph.D., and from the University of Texas at Austin, where she received a B.S. and was also named to the Hall of Honor of the College of Natural Sciences. Named to Who's Who in Food and Wine in Texas, Andrews also is author and illustrator of thirteen books, including American Wildflower Florilegium. She lives in Austin, Texas.

Jerry Anne DiVecchio is the former Food and Wine Editor for Sunset magazine. She has held positions in the American Institute of Wine & Food, and the International Association of Culinary Professionals. 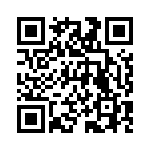