The perfect medium: photography and the occult

The emergence of spiritualism and the invention of photography coincided in the mid-19th century. By the 1860s, the camera was considered more "credible" than the human eye, making it the perfect tool ... Read full review

Clément Chéroux is a historian of photography and assistant editor-in-chief of the review Études photographiques. Andreas Fischer is the Curator of Photographs at the Institut für Grenzgebiete der Psychologie und Psychohygiene in Freiburg, Germany. Pierre Apraxine is director of the Howard Gilman Foundation in New York. Denis Canguilhem is an art dealer living in Paris. Sophie Schmit is a film editor and screenwriter. 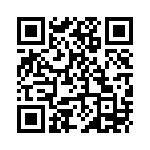