Christopher Berry Gray is Associate Professor of Philosophy at Concordia University in Montreal. he has also taught at Nazareth College of Kentucky, and The Catholic University of America in Washington, D.C. He received his doctorate in philosophy from The Catholic University of America in 1970, and graduated with a baccalaureate in civil law in 1978, as well as a bachelor's degree in the common law from McGill University in the following year.
Dr. Gray has published more than forty articles and chapters concerning law and philosophy in such journals as the Rechtsphilosophie, Cahiers de droit, Eurocriminology, and Rivista internazionale di filosofia del diritto. He has also published an English translation of Maurice Hauriou's La Science Sociale Traditionnelle (University Press at Ann Arbor), and has edited Philosophical Reflections on the United States Constitution for Edwin Mellen. 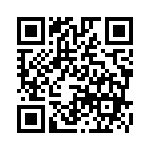