Robert L. Jaffe holds the Morningstar Chair in the Department of Physics at Massachusetts Institute of Technology (MIT). He was formerly director of MIT's Center for Theoretical Physics and recently chaired the American Physical Society's Panel on Public Affairs. Jaffe is best known for his research on the quark substructure of the proton and other strongly interacting particles, on exotic states of matter, and on the quantum structure of the vacuum. He received his B.A. from Princeton and his Ph.D. from Stanford. In recognition of his contributions to teaching and course development at MIT, Jaffe has received numerous awards including a prestigious MacVicar Fellowship. Jaffe is a member of the American Academy of Arts and Sciences.

Washington Taylor is a Professor of Physics at Massachusetts Institute of Technology (MIT), and is currently the Director of MIT's Center for Theoretical Physics. Taylor's research is focused on basic theoretical questions of particle physics and gravity. Taylor has made contributions to our understanding of fundamental aspects of string theory and its set of solutions, including connections to constraints on low-energy field theory and observable physics and to new results in mathematics. Taylor received his B.A. in mathematics from Stanford and his Ph.D. in physics from University of California, Berkeley. Among other honors, Taylor has been an Alfred P. Sloan Research Fellow and a Department of Energy Outstanding Junior Investigator, and has received MIT's Buechner faculty teaching prize. 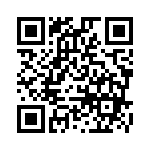