Shaun Tan was born in 1974 in Fremantle, Western Australia. He is an artist, writer, and film maker. In 2006, his wordless graphic novel The Arrival won the "Book of the Year" prize as part of the New South Wales Premier's Literary Awards. The same book won the Children's Book Council of Australia "Picture Book of the Year" award in 2007 and the Western Australian Premier's Book Awards Premier's Prize in 2006. For his career contribution to "children's and young adult literature in the broadest sense" Tan won the 2011 Astrid Lindgren Memorial Award from the Swedish Arts Council, the biggest prize in children's literature. In 2015 his title, Rules of Summer, was one of four books selected for the United States Board of Books for Young People list of Outstanding International Books for children and young adults. His book, The Singing Bones, won the 2015 Aurealis Awards for Best Graphic Novel/Illustrated work. He had two books published in 2018, Cicada. and Tales From the Inner City 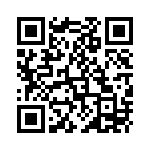