This was an interesting book. It held my attention. I thought the writing was perfectly passable and I only noticed a few editing mistakes (mostly missing spaces, oddly). So, a solid middle of the ... Read full review

As a professional lyricist, Keith co-wrote songs that have been heard in many countries. He is also a published poet, having had several of his works appear in various anthologies, including Poetic Voices of America, Ten Years of Excellence, Tomorrow Never Knows, and Meditations. In 2002, he received an International Poet of Merit award from the International Society of Poets. The Poe Consequence is his first novel, and it received Books-and-Authors.net's 2012 supernatural book of the year award. He is currently working on a murder mystery involving two favorite diversions - music and the Los Angeles Lakers. 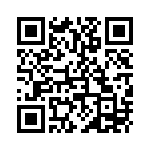