Paul Hammond is Professor of Seventeenth-Century English Literature at the University of Leeds, and a Fellow of the British Academy. His previous books include John Oldham and the Renewal of Classical Culture (1983), John Dryden: A Literary Life (1991), Love between Men in English Literature (1996), Dryden and the Traces of Classical Rome (1999), Restoration Literature: An Anthology (2003) and Figuring Sex between Men from Shakespeare to Rochester (2003). He has co-edited John Dryden: Tercentenary Essays (2000) with David Hopkins and Shakespeare and Renaissance Europe (2004) with Andrew Hadfield. He is General Editor of the Longman Annotated English Poets and of the Arden Critical Companions to Shakespeare.

David Hopkins is Professor of English Literature at the University of Bristol. His main interests are in the English poetry of the seventeenth and eighteenth centuries, in the English translation and reception of classical literature, and in poetsż writings about their art. His publications (some of them collaborative) include two books on John Dryden, student selections from Dryden, Cowley, Homer, and Ovid, an edited collection of essays on the English afterlife of the Roman poet Horace, and an anthology of poetsż writings about their peers. 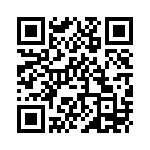