Born in Ottery St. Mary, England, in 1772, Samuel Taylor Coleridge studied revolutionary ideas at Cambridge before leaving to enlist in the Dragoons. After his plans to start a communist society in the United States with his friend Robert Southey, later named poet laureate of England, were botched, Coleridge instead turned his attention to teaching and journalism in Bristol. Coleridge married Southey's sister-in-law Sara Fricker, and they moved to Nether Stowey, where they became close friends with William and Dorothy Wordsworth. From this friendship a new poetry emerged, one that focused on Neoclassic artificiality. In later years, their relationship became strained, partly due to Coleridge's moral collapse brought on by opium use, but more importantly because of his rejection of Wordworth's animistic views of nature. In 1809, Coleridge began a weekly paper, The Friend, and settled in London, writing and lecturing. In 1816, he published Kubla Kahn. Coleridge reported that he composed this brief fragment, considered by many to be one of the best poems ever written lyrically and metrically, while under the influence of opium, and that he mentally lost the remainder of the poem when he roused himself to answer an ill-timed knock at his door. Coleridge's The Rime of the Ancient Mariner, Christabel, and his sonnet Ozymandias are all respected as inventive and widely influential Romantic pieces. Coleridge's prose works, especially Biographia Literaria, were also broadly read in his day. Coleridge died in 1834.

Born in Field Place, near Horsham in Sussex, Shelley was educated at Syon House Academy and Eton, where he acquired the sobriquet "Mad Shelley" for his independent spirit. While at Eton he published Zastrozzi (1810), a Gothic novel. Expelled from Oxford because he refused to retract his atheistic beliefs, Shelley quarreled with his wealthy father and was banished from home. Shelley married impulsively and then abandoned his young wife to run off to Italy with the 16-year-old Mary Wollstonecraft Godwin (the daughter of the radical feminist and the anarchist philosopher, who was eventually to write Frankenstein). While in Italy, Shelley became close friends with Byron, and the two became objects of endless, notorious rumor. Shelley's personal character was revered by almost everyone who knew him. Extremely generous toward others, frugal with himself, he strove tirelessly for the betterment of humanity. Prometheus Unbound (1820), a lyrical drama in four acts, calls for the regeneration of society through love and for the destruction of all repressive institutions. The Cenci (1819), a verse drama based on real events, is one of the few plays from the romantic period still produced. Shelley's lyrics are marvelously varied and rich in sound and rhythm. Wordsworth regarded him as the best artist among living poets.Adonais (1821), written to honor the memory of John Keats, is one of the supreme elegies in English.The Triumph of Life, which was left incomplete at his death, has been hailed by T. S. Eliot as the nearest approach in English to Dante (see Vol. 2). The "Ode to the West Wind" and "To a Skylark" are anthologized everywhere. Shelley's early death by drowning ended his career just as it was coming into full flower. A revolutionary in his art and life, Shelley is considered by many to be an inspired polemicist and poetic genius. As one of his contemporaries wrote in Etonian (1821), "He is one of the many whom we cannot read without wonder, or without pain. . . .

John Keats was born in London, the oldest of four children, on October 31, 1795. His father, who was a livery-stable keeper, died when Keats was eight years old, and his mother died six years later. At age 15, he was apprenticed to an apothecary-surgeon. In 1815 he began studying medicine but soon gave up that career in favor of writing poetry. The critic Douglas Bush has said that, if one poet could be recalled to life to complete his career, the almost universal choice would be Keats, who now is regarded as one of the three or four supreme masters of the English language. His early work is badly flawed in both technique and critical judgment, but, from his casually written but brilliant letters, one can trace the development of a genius who, through fierce determination in the face of great odds, fashioned himself into an incomparable artist. In his tragically brief career, cut short at age 25 by tuberculosis, Keats constantly experimented, often with dazzling success, and always with steady progress over previous efforts. The unfinished Hyperion is the only English poem after Paradise Lost that is worthy to be called an epic, and it is breathtakingly superior to his early Endymion (1818), written just a few years before. Isabella is a fine narrative poem, but The Eve of St. Agnes (1819), written soon after, is peerless. In Lamia (1819) Keats revived the couplet form, long thought to be dead, in a gorgeous, romantic story. Above all it was in his development of the ode that Keats's supreme achievement lies. In just a few months, he wrote the odes "On a Grecian Urn" (1819), "To a Nightingale" (1819), "To Melancholy" (1819), and the marvelously serene "To Autumn" (1819). Keats is the only romantic poet whose reputation has steadily grown through all changes in critical fashion. Once patronized as a poet of beautiful images but no intellectual content, Keats is now appreciated for his powerful mind, profound grasp of poetic principles, and ceaseless quest for new forms and techniques. For many readers, old and young, Keats is a heroic figure. John Keats died in Rome on February 23, 1821 and was buried in the Protestant Cemetery, Rome. His last request was to be placed under a tombstone bearing no name or date, only the words, "Here lies One whose Name was writ in Water. 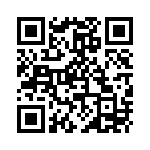