Vincent E. Bacote (Ph.D., Drew University) is associate professor of Theology and the Director of the Center for Applied Christian Ethics at Wheaton College in Wheaton, Illinois. He is the author of the The Spirit in Public Theology: Appropriating the Legacy of Abraham Kuyper (2005), and has contributed to books including On Kuyper(2013), Aliens in the Promised Land (2013), Keep Your Head Up (2012) and Prophetic Evangelicals (2012). He has been a regular columnist for Comment (wrf.ca/comment) and has also had articles appear in magazines such as Books and Culture, Christianity Today, Think Christian and re:generation quarterly and journals such as The Journal of Markets and Morality, Christian Scholars Review, Urban Mission and the Journal for Christian Theological Research. He is a member of the Evangelical Theological Society and the Society of Christian Ethics. He resides in the Chicago area with his family.

Gene L. Green (PhD, Kings College, Aberdeen University) professor of New Testament at Wheaton College and Graduate School. Before coming to Wheaton in 1996, he served for over a decade as professor of New Testament as well as Academic Dean and Rector of the Seminario ESEPA in San José, Costa Rica. He is the author of two commentaries in Spanish, 1 Pedro y 2 Pedro (Caribe) and 1 y 2 Tesalonicenses (Portavoz), and English commentaries on 1 and 2 Thessalonians (Pillar Series, Eerdmans) and 2 Peter and Jude (BECNT, Baker). His special research interest is the intersection of the Christian faith and cultures, both ancient and contemporary. Gene has pastored and taught in churches in the United States and Latin America since 1972. He also serves on the board of John Stott Ministries. 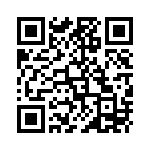