On one level, I like Jameson a lot. I agree with him about a lot of important stuff: yes, most art contains hefty doses of ideology (lies we tell ourselves so we feel better about living in a crappy ... Read full review

Fredric Jameson is William A. Lane, Jr., Professor of Comparative Literature and Professor of Romance Studies at Duke University. His many books include Postmodernism, or, The Cultural Logic of Late Capitalism, The Cultural Turn, A Singular Modernity, Archaeologies of the Future, and The Modernist Papers. 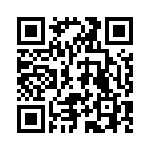