Former Secretary of State Baker's memoirs offer an engaging and candid behind-the-scenes look at the conduct of U.S. foreign policy during one of the most tumultuous periods in recent history. The ... Read full review

THOMAS M. DEFRANK is the Washington bureau chief of the New York "Daily News," and was "Newsweek"'s senior White House correspondent for a quarter-century and deputy chief of the magazine's Washington bureau for twelve years. He is also the coauthor of three books, including James A. Baker III's "The Politics of Diplomacy" and Ed Rollins's Bare Knuckles and Back Rooms. In 2006, he won the Gerald R. Ford Prize for distinguished reporting on the presidency. 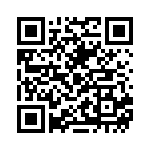