Theda Skocpol is professor of government and sociology at Harvard University and the author of Boomerang: Health Care Reform and the Turn Against Government. 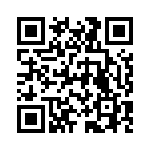