Laura M. Stevens teaches English at the University of Tulsa. 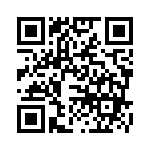