Stephen D. Krashen is emeritus professor of education at the University of Southern California, Los Angeles. He is best known for his work in establishing a general theory of second language acquisition, as the cofounder of the Natural Approach, and as the inventor of sheltered subject matter teaching. He is the author of numerous books, including Three Arguments Against Whole Language and Why They Are Wrong (1999), Every Person a Reader: An Alternative to the California Task Force Report on Reading (1997), and Under Attack: The Case Against Bilingual Education (1997), all available from Heinemann. 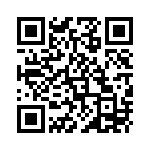