Robert S. Hirschfield was professor of political science at the City University of New York and editorial director of The Earth Times. He also taught at Fordham, Harvard, and New York University, was a television and radio producer, host and commentator, and a political activist at the national and local levels. His books include The Constitution and the Court and Selection/Election: A Forum on the American Presidency and his articles, essays, and reviews have appeared in Public Policy, Parliamentary Affairs, The American Political Science Review, The American Government Annual, The Nation, and The New York Times. 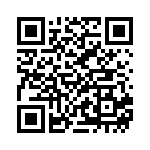