The thesis of this little book came close to "No shit, Sherlock" territory for me. We perform our roles in life to convince the people around us that we are who we say we are. What makes the book ... Read full review

A generally engaging and broad exploration of the ways in which we attempt to define the situations we live in by how we present ourselves and by how we treat others' presentations of themselves to us. Read full review

Erving Goffman was born in Canada in 1922. He received his B.A. from the University of Toronto in 1945 and then studied at the University of Chicago, receiving his M.A. in 1949 and his Ph.D. in 1953. For a year he lived on one of the smaller of the Shetland Isles while he gathered material for a dissertation on that community, and later he served as a visiting scientist at the National Institute of Mental Health in Washington. Mr. Goffman is the author of several articles and book reviews which have appeared in such periodicals as Psychiatry and the American Journal of Sociology. He is also the author of, among other works, The Presentation of Self in Everyday Life, Asylums, Interaction Ritual, and Stigma 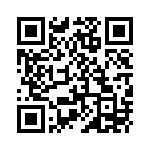