Review: The Printing Press as an Agent of Change

Her thesis is such a good one that her defence of it gets very dull. It would have been interesting to discuss why China missed out on the Enlightenment, given that they had the Printing press before Europe. Read full review

Elizabeth L. Eisenstein was born Elizabeth Ann Lewisohn on October 11, 1923 in Manhattan, New York. She received a bachelor's degree from Vassar College in 1944 and master's and doctoral degrees in history from Harvard University. She taught at American University in Washington before joining the faculty at the University of Michigan, where she taught until her retirement in 1988. She wrote several books during her lifetime including The Printing Press as an Agent of Change: Communications and Cultural Transformations in Early Modern Europe, The First Professional Revolutionist, Grub Street Abroad: Aspects of the French Cosmopolitan Press From the Age of Louis XIV to the French Revolution, and Divine Art, Infernal Machine: The Reception of Printing in the West from First Impressions to the Sense of an Ending. She died on January 31, 2016 at the age of 92. 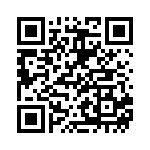