This is an excellent survey of the history of petroleum from 1860 to 1990. It focuses on politics and economics. There is essential no science or engineering here. There is mention of seismic mapping ... Read full review

This is indeed an epic. In some ways, it is dated, e.g., spending too many pages on the 1990s and almost completely ignoring climate change—and this isn't the book's only blind spot. Yet the story is ... Read full review

Daniel Yergin was born in Los Angeles on February 6, 1947. He received a B. A. from Yale University in 1968 and an M. A. and Ph. D. from Cambridge University. Yergin is the chairman of Cambridge Energy Research Associates, the vice chairman of the Global Decisions Group and has chaired the U. S. Department of Energy Task Force on the future of energy research. He is the author of The Prize: The Epic Quest for Oil, Money and Power, which won the 1992 Pulitzer Prize for General Nonfiction and was made into a PBS/BBC series. His other published works include Shattered Peace: The Origins of the Cold War and the National Security State, The U.S. Strategic Petroleum Reserve, and The Quest: Energy, Security, and the Remaking of the Modern World. 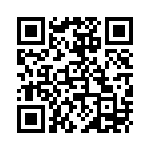