This is a brilliant work and anyone interested in the Humanities should read this as it has a wide application. The book is beautifully written but accessible and Lefebvre's notion of space and how we constructed it, fascinating.

Henri Lefebvre began his career in association with the surrealist group, from whom he learned Hegel and a concern with dialectical logic. He was the first to translate Marx's early manuscripts into French, and his book Dialetical Materialism (published in 1938) became the work from which several generations of French intellectuals learned Marxism. Immediately after the war, Lefebvre began to reflect on a new object of study which he called "daily life". After the publication of Everyday Life in the Modern World, he was drawn to the analysis of urbanism, and wrote several books on the city, including Space and Politics (1972). In the 1960s he became closely involved with the younger school of French architects, and provided a theoretical framework for their work. Finally, the accumulation of these diverse themes led to his major philosophical work, The Production of Space. 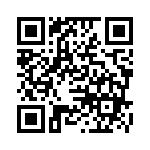