Nancy Soderberg has served as a high-ranking White House National Security Adviser and as a U.S. Ambassador to the United Nations. She is the author of The Superpower Myth, and her commentary has appeared in publications including the Los Angeles Times, the New York Times, and the American Prospect. She has appeared on The Newshour with Jim Lehrer, The Daily Show, Crossfire, and many other programs.

Brian Katulis is a Senior Fellow at the Center for American Progress, where his work focuses on U.S. national security. He has lived and worked in more than a dozen countries around the world, and his commentary has appeared in the Los Angeles Times, the Washington Post, and the Boston Globe, among other publications. He has appeared on Hardball with Chris Matthews, CNN, Fox News, and the BBC. 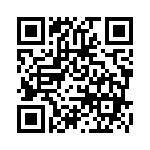