Gets into the details of all those bacteria and how they effect, well, pretty much everything in and of our being. Interesting tidbit: exercise is necessary to circulate lymph fluid throughout your body and brain, which removes bad and dead bacteria. Read full review

The Psychobiotic Revolution: Mood, Food, and the New Science of the Gut-Brain Connection

Science journalist Anderson and researchers Cryan and Dinan outline the latest in scientific study suggesting that disorders of the body’s microbiota—its community of microorganisms—may be linked to ... Read full review

SCOTT C. ANDERSON is a veteran science journalist with specialization in medical topics and computer programming. He was one of the creators of Lego Island, a computer game, and his work has combined computer programming with medical research. He runs a laboratory called Freedom Health that studies bacterial health in racehorses and has developed prebiotics for animals and humans. He lives in Hudson, Ohio (between Cleveland and Akron), was born in Frankfurt, Germany, and recently lived in Sonoma, California.

JOHN F. CRYAN is professor and chair of the department of Anatomy & Neuroscience, University College Cork. A principal investigator in the Alimentary Pharmabiotic Centre, a leading-edge institute researching the role of microbiome in health and disease, he lives in Cork, Ireland.

TED DINAN is professor of psychiatry and a principal investigator in the Alimentary Pharmabiotic Centre at University College Cork. He was previously chair of clinical neurosciences and professor of psychological medicine at St. Bartholomew's Hospital, London. He lives in Cork, Ireland. 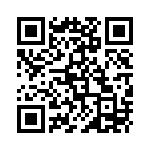