Andrew Knaut holds the doctorate in history from Duke University. The Pueblo Revolt of 1680 is his first book. 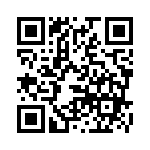