Gordon Fraser (the late) was for many years the in-house editor at CERN, the European Organization for Nuclear Research, in Geneva. His books on popular science and scientists include Cosmic Anger, a biography of Abdus Salam, the first Muslim Nobel scientist, and Antimatter: The Ultimate Mirror. He is also the editor of The New Physics for the 21st Century and The Particle Century. After undergraduate studies at ImperialCollege, London, he went on to a PhD in theoretical particle physics, and has worked as a research scientist as well as a journalist. He lives in France. 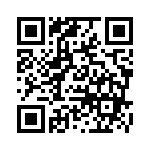