Randall E. Auxier is Professor of Philosophy at Southern Illinois University, Carbondale. He is the author of Time, Will and Purpose: Living Ideas from the Philosophy of Josiah Royce.

Gary L. Herstein is an independent scholar with research interests in the philosophy of science, logic, and American philosophy. He is the author of Whitehead and the Measurement Problem of Cosmology. 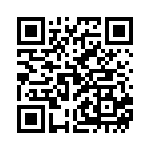