"What are UFOs? Really... Wisdom-laden 'extra-terrestrials' here to solve our problems, as simplistic books and Hollywood movies would have it? Are they mere fragments of underdone potato triggering hallucinations among unstable personalities? How about Bigfoot, 'Big Bird,' Loch Ness Monster, and other zany zoology periodically reported? Are they uncatalogued critters that haven't yet been ear-tagged with Latin names, or merely more lunatic fringe nincompoopery?
One thing is clear: the interpretive field is split down the middle. On the one hand are cranky cultists and trusting true believers eager for marvels. On the other is a smaller but rigidly dogmatic circle of naysayers wrapped in the proud flag of science and reason.
But could it be that both extremes, in their own way, have a part of the true answer? That there is an elusive 'third force' which can conjure up terrifying apparitions, but which is not real in the strict scientific sense of being measurable and replicable?
Anomalist Jim Brandon, known to many for his pioneering study Weird America, looks at this possibility. Along the way, he factors in such related riddles as incomprehensible inscriptions on remote American rocks, antique earthen structures that show intricate mathematical aspects, and even the role of certain numbers and names in unusual phenomena.
His conclusion: there is indeed such an energy, unknown until this time, but closely tied to such earth-related phenomena as faultlines, caves, springs, and groundwater channels. The name Brandon has given this 'earth spirit,' Pan, is of course that of the ancient Greek god-of-all-nature.
Pan was pronounced dead at the advent of the city-centered, anti-pagan Christian era. But there is abundant evidence that, even if his demise did occur, some such force is again very much at work in the world -- with possibly momentous consequences for the present era of rootless rationalism and unbridled techno­-industrialism." 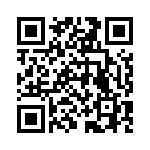