John L. Brooke is Humanities Distinguished Professor of History at Ohio State University, where he also directs the Center for Historical Research. His books include Columbia Rising: Civil Life on the Upper Hudson from the Revolution to the Age of Jackson (2010), which won the Best Book Prize from the Society of the Historians of the Early American Republic; The Heart of the Commonwealth: Society and Political Culture in Worcester County Massachusetts, 1713 1861 (Cambridge University Press, 1994), which won the Merle Curti Award for Intellectual History from the Organization of American Historians; and The Refiner's Fire: The Making of Mormon Cosmology, 1644 1844 (Cambridge University Press, 1989), which won the Bancroft Prize for American History. He has held fellowships from the Guggenheim Foundation, the National Endowment for the Humanities, the American Council of Learned Societies, the American Antiquarian Society and the Harvard Charles Warren Center. 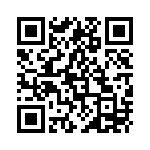