John Gottman, a psychologist and leading researcher in relationships, offers an empirically supported program for improving relationships of all kinds. Read full review

This is the best book on relationships I have ever read -- a truly impressive tour-de-force. John Gottman has discovered the Rosetta Stone of relationships. He has decoded the subtle secrets contained ... Read full review

John M. Gottman, Ph.D., is the cofounder and co-director of the Gottman Institute, along with his wife, Dr. Julie Schwartz Gottman. He is also the James W. Mifflin Professor of Psychology at the University of Washington in Seattle and the recipient of numerous national and international awards for his groundbreaking relationship research. His work has been featured on many national television shows, including The Oprah Winfrey Show, 20/20, Dateline, and Good Morning America. His previous books include the national bestseller The Seven Principles for Making Marriage Work (2000) and Raising an Emotionally Intelligent Child (1997).

John Gottman and Julie Schwartz Gottman founded the Gottman Institute to provide educational materials, therapist and couples workshops, and therapy to couples and 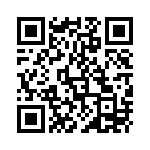