Beth Hill was the author of seven other books, including Indian Petroglyphs of the Pacific Northwest, Sappers: The Royal Engineers in British Columbia and Seven-Knot Summers. She spent most of her adult life on Salt Spring Island, BC.

Cathy Converse is the author of Following the Curve of Time and Mainstays: Women Who Shaped BC, the co-author of The Remarkable World of Frances Barkley, and the co-editor of In Her Own Right: Selected Essays on the History of Women in BC. She is a founder of the Camosun College Women's Studies curriculum and ancillary programs, and a former department chair and instructor. Cathy is also Auntie Vie's neighbor. Visit Cathy online at www.cathyconverse.com. 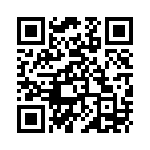