Morton Deutsch was born in the Bronx, New York on February 4, 1920. He received a bachelor of science degree from City College in 1939 and a master's degree from the University of Pennsylvania. He enlisted in the Army Air Forces during World War II and flew 30 missions as a navigator over Nazi-occupied Europe. He received a doctorate from M.I.T. He was a leading expert on conflict resolution and mediation. He wrote or co-wrote several books including Preventing World War III and The Resolution of Conflict. In 2006, he, Peter T. Coleman, and Eric C. Marcus edited The Handbook of Conflict Resolution: Theory and Practice. He served on the faculty at Teachers College of Columbia University from 1963 until he became professor emeritus in 1990. He died on March 13, 2017 at the age of 97. 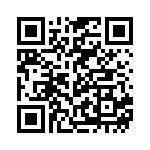