Erudite and well-reasoned, I'm sure, but much of this book was beyond the ability of this average, but willing, reader. I would have benefitted greatly from some additional context and illustration of the ideas. There certainly was room - the book is only 165 pages long. Citește recenzia completă

Lee Oser is Associate Professor of English at the College of the Holy Cross and author of three books, including T. S. Eliot and American Poetry (University of Missouri Press) and the novel Out of What Chaos. He lives in Worcester, Massachusetts. 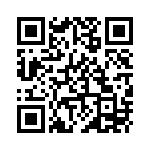