Moxon’s antic debut starts off anchored in a particular, if fantastic, place and time, and then dissolves into a less than coherent dissertation on authorship and free will. The first section is set ... Read full review

A. R. Moxon is a writer who runs the popular twitter handle @JuliusGoat. He lives in Grand Rapids, Michigan. This is his first novel. 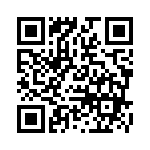