Mancur Olson along with Milton Friedman and Michael Porter may well be one of the key figures of late 20th century economics. In some respects he is more universal in his outlook than the other two as ... Read full review 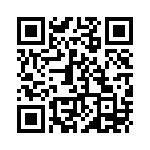