If you want to learn Middle English and read Chaucer this is the book for you. You don’t need any other. I went from a standing start to reading with some ease. If you can read modern English you’re ... Read full review

In my opinion, no better edition of Chaucer has ever been published, but this is one big book. You may even think it to be too big and therefore, unwieldy, but it is a flawless production which you will be proud to have in your classics collection. Read full review 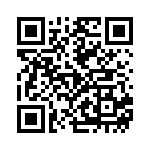